The teams have been working hard and pushed many changes. I’ve been tweeting those as they went but I figured that compiling a list into a blogpost could be useful. Here are some noteworthy, this is not an exhaustive list and please if you think I missed something, reach to me on the mattermost instance before M7.

Thales contributed in Amalgam the building blocks to create views similar to those used in Capella. 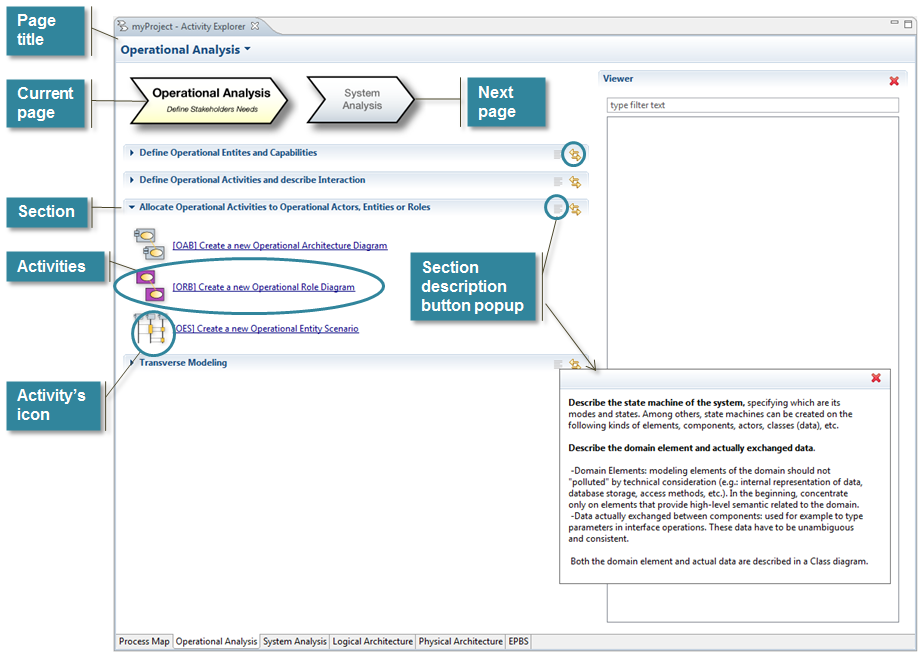 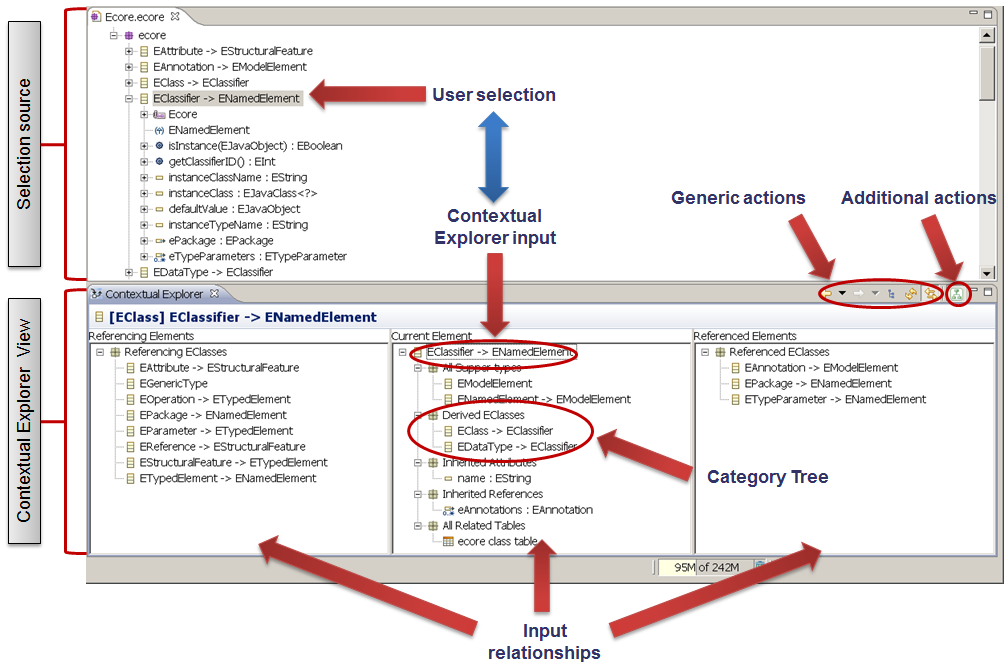 The features are now part of the Neon update site and can be consumed by other projects, starting by EcoreTools.

You’ll find some documentation on the wiki here and there, Capella’s source code is also a good starting point.

Many and important improvements in Linux/GTK3 support, notably Issue in layout of editors (“leaking” rulers).

SWT now auto-detects the scaling factor which might be needed on HiDPI screens but the linux support is not perfect and it looks like GTK is giving a hard time to the commiters here again, in the meantime if you get this result when starting Eclipse : 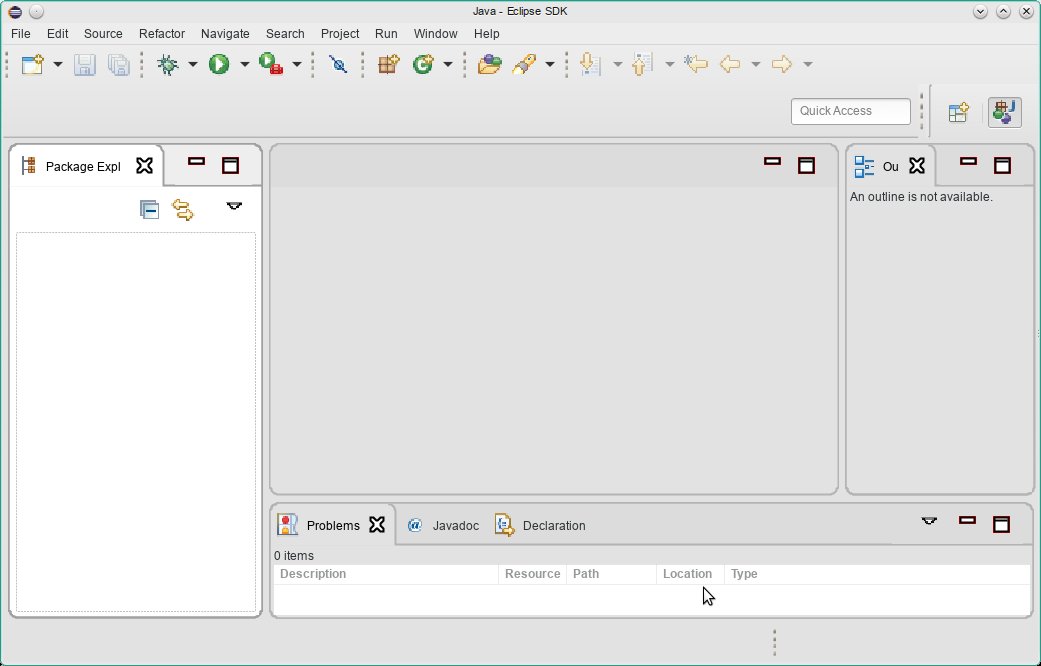 The modeling package is now using the brand new Solstice Theme for the welcome page. It is now explicitely focused on the package domain and it looks slicker, see: 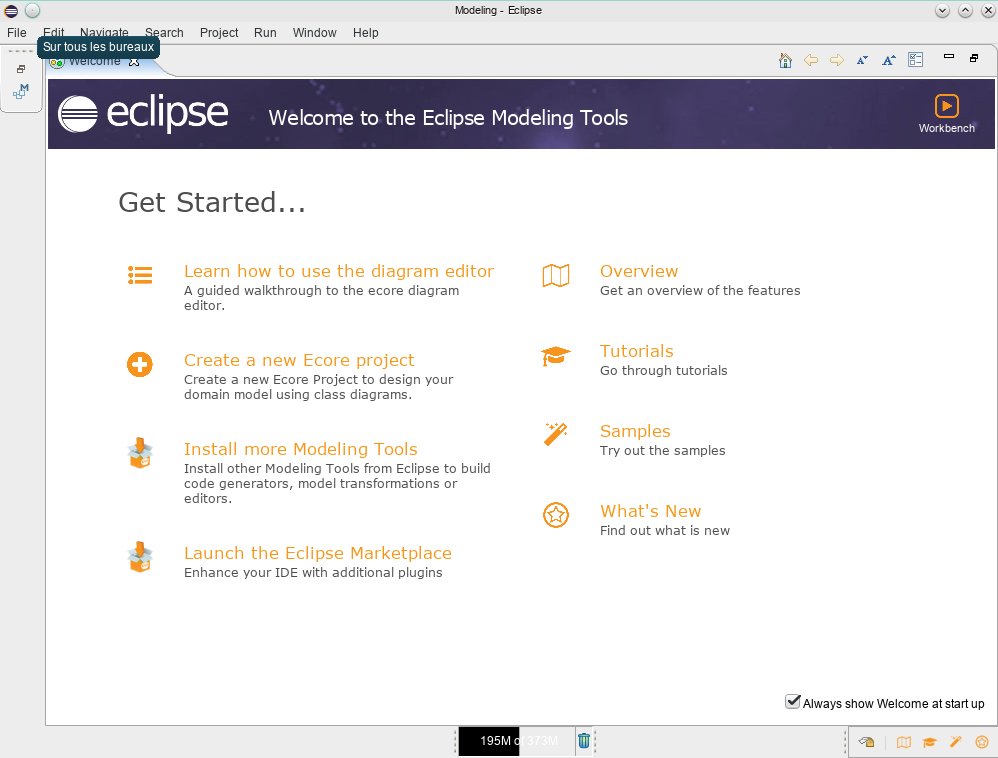 We also moved away from the “we fix every single version of the tools in the package” to using root features. The outcome of this is that it is now possible for an end-user to upgrade parts of the package without having to wait for a full Eclipse release. Another effect of this change is that you can not update a pre-M6 EPP package to M6. You must download a fresh version. The potential downside is that the user could end-up with an installation which is mixing different streams or which is quite unexpected for us, packagers. See bug 332989 for more details.

An integration with Sirius to bring graphical comparison is now available through the EMF Compare update site.

This feature bring experimental support for graphical comparison of any Sirius based modeler, in particular EcoreTools which is in the package. Note that you have to install the Egit support feature to use to be able to compare versions through the git history.

Bugfixes and other improvements

That’s just the tip of the iceberg, many other changes in technologies included in the package are published with M6, thanks to everyone involved !

Now would be a good time for testing. Download the package, give it a try, report back either using the modeling channel or through bugzilla.